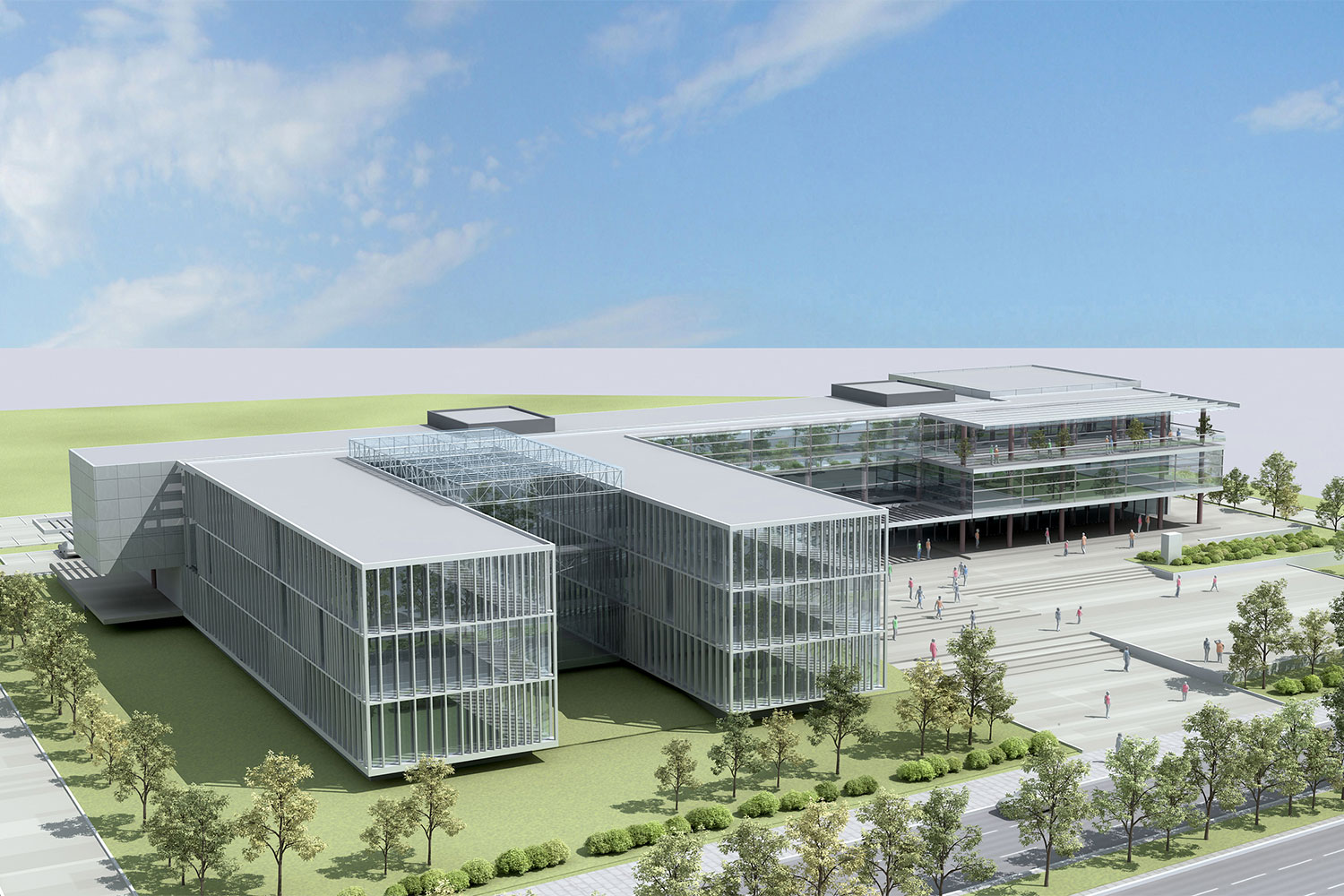 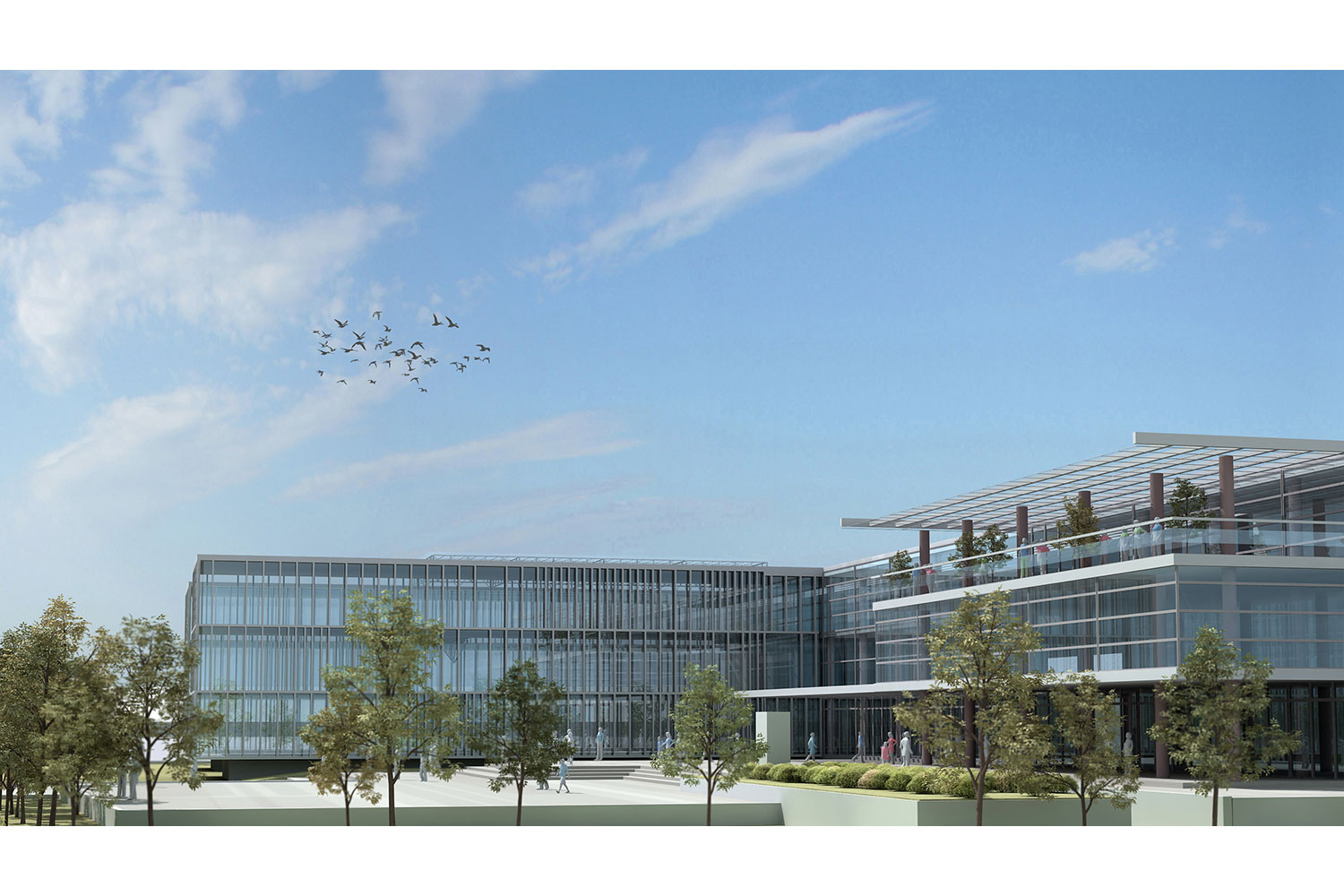 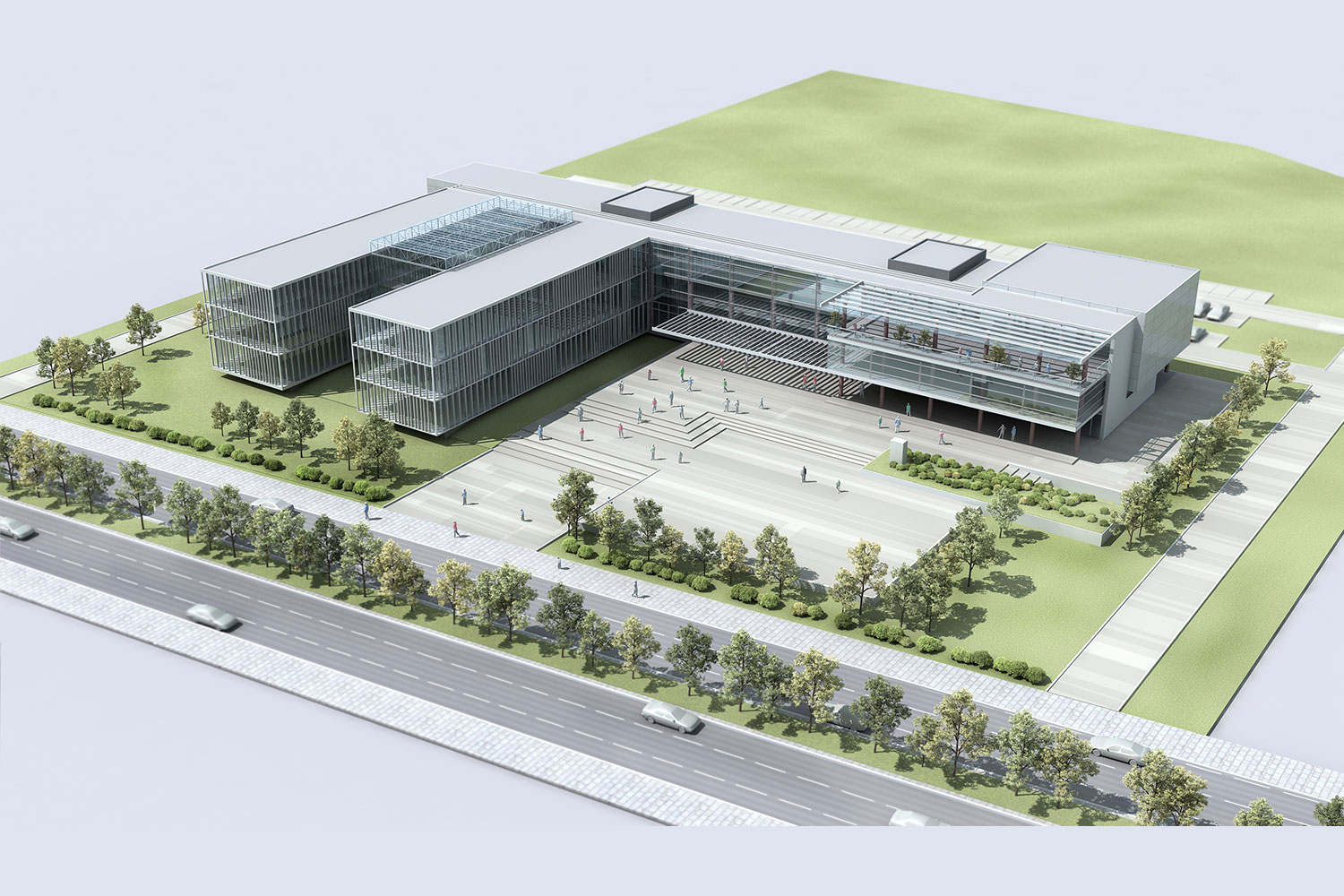 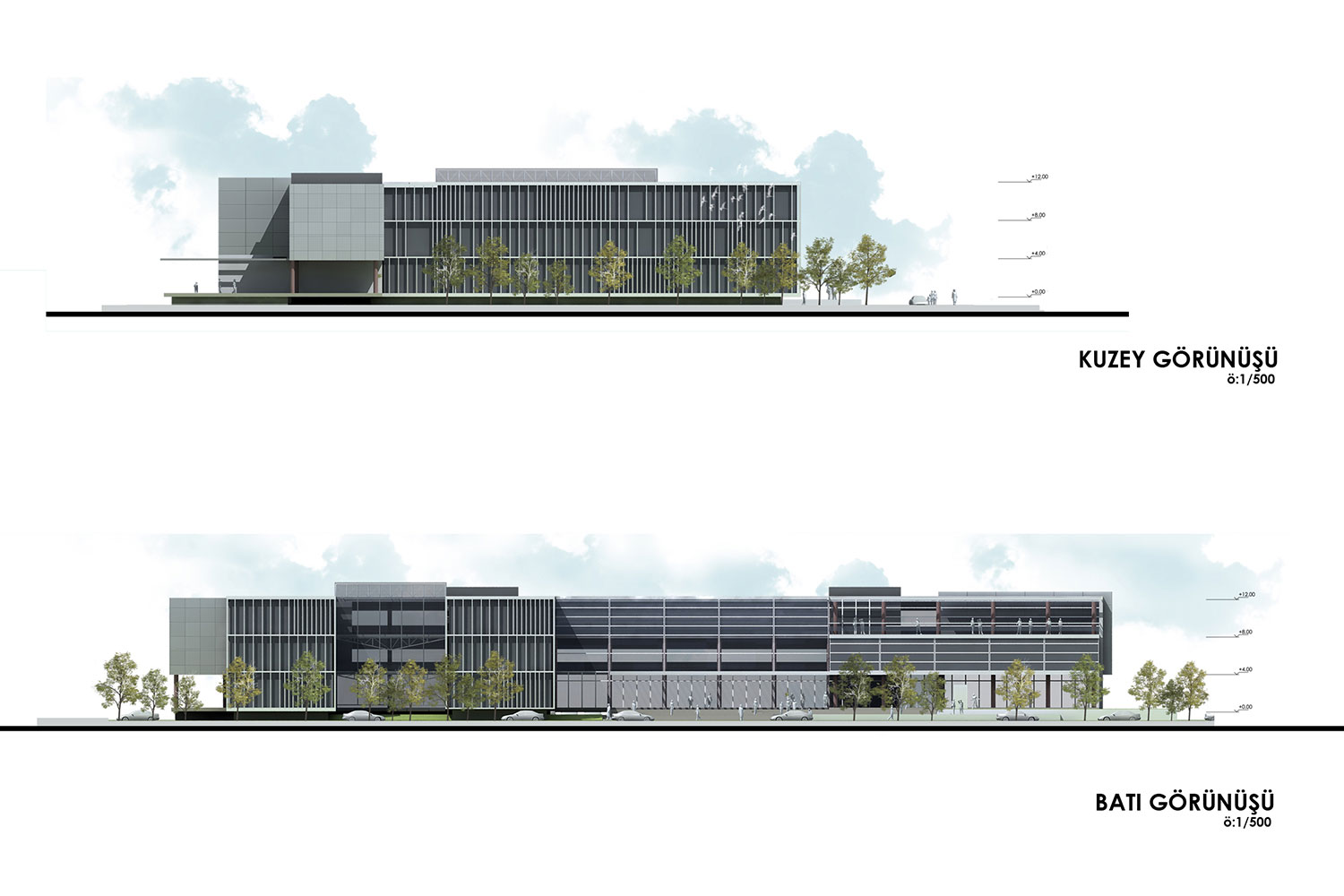 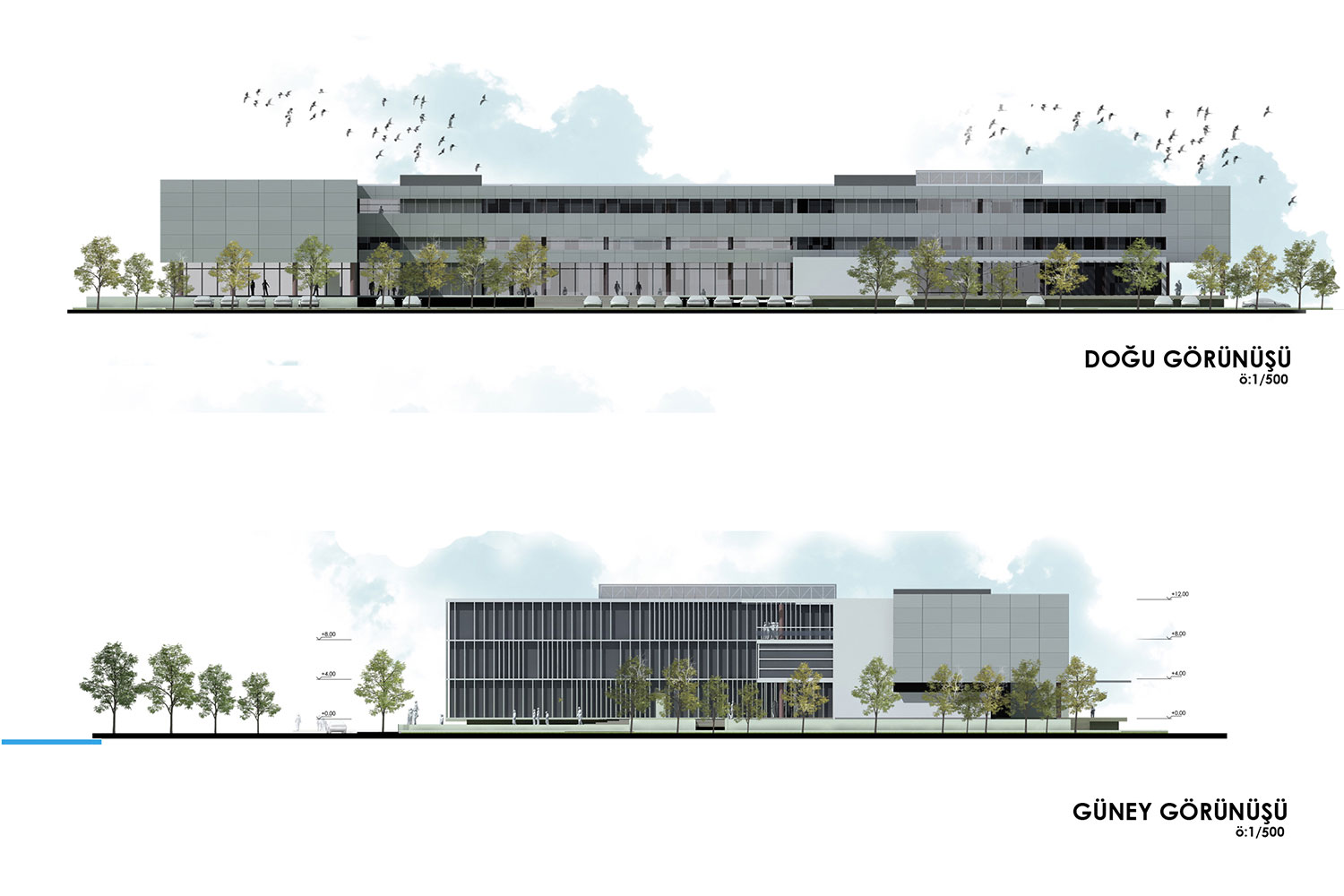 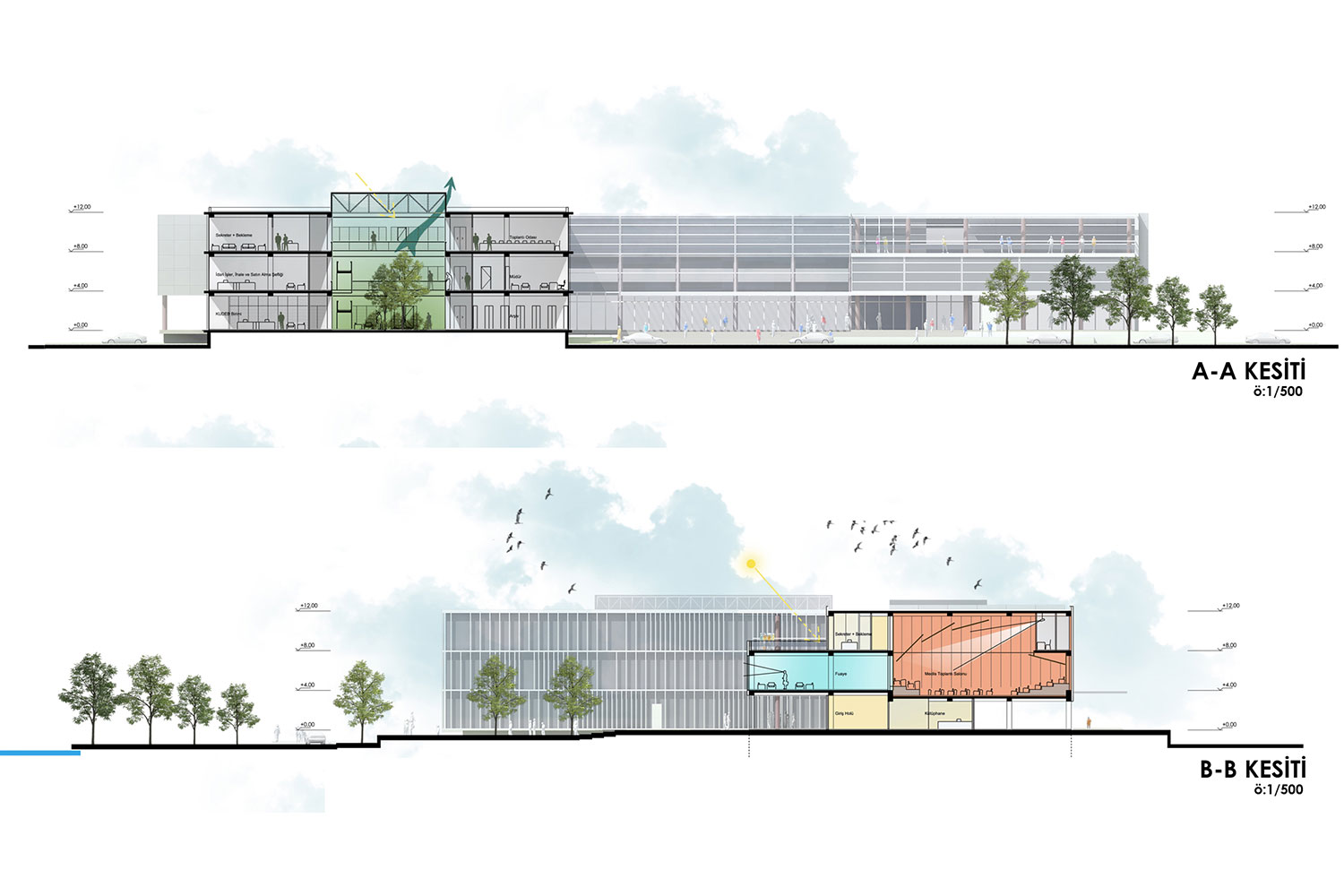 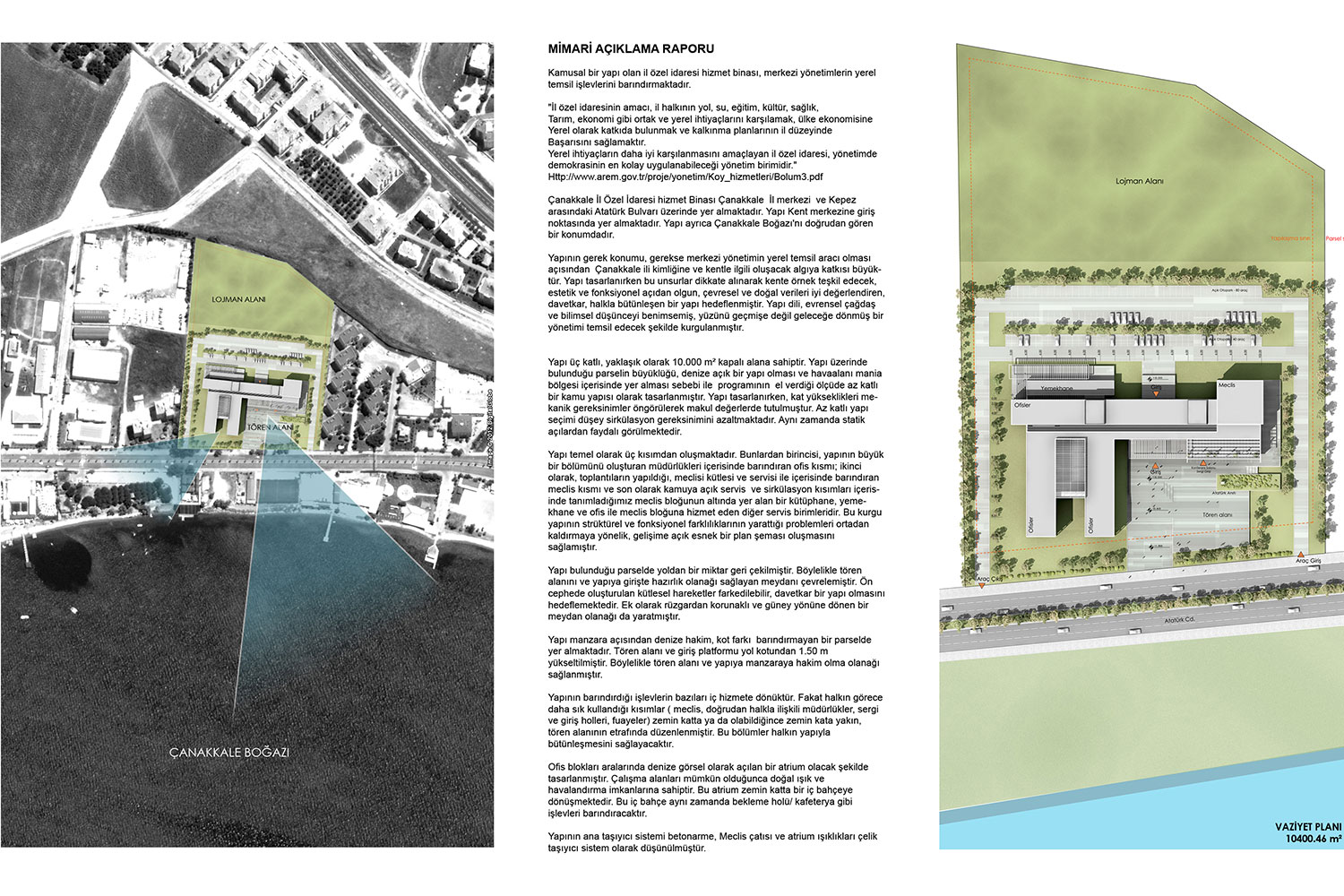 It is the proposal architectural project that is asked from Special Provincial Administration of Çanakkale. Both the location of the structure and being a local representation tool of Çanakkale, has a great contribution to perception of the identity of the city. As the building was designed by taking into account these factors that serves as a reflection of the city, functionally and aesthetically mature, evaluates environmental and functional data’s, integrates with public and welcoming was aimed. The building was made to satisfy the following features: accepting the universal, contemporary and scientific idea and a representing a management that considers not the past, also the future.

The three store building covers 10000 squad meter closed area. Being in a large size plot which is located in airport obstacle area and having an opening to the seashore, takes into the consideration to design a low rise public building. It also affects to minimize the story heights in limits of mechanical requirements. Choosing a low-rise design makes a dent in vertical circulation requirements and has an static advantage.